Who has not dreamed of getting rich quick? You may think this is a fantasy, but it turns out that sometimes it can come true and you get rich in a jiffy, and it just needs you to do some cleaning and tidying your things, you may discover antique things from your childhood days or from your parents or even one of your grandparents, which will be your ticket To put your first step on the path to getting rich, thanks to the online auction system and social networks, where you can sell those items at exorbitant prices. That’s why we bring you a list of 8 amazing items that if you find them, you may be able to sell them for exorbitant amounts.

Connoisseurs and collectors have the craving to own anything from products that have come and gone or simply souvenirs like old cereal boxes or old versions of a certain food, especially since some social media posts might bring attention back to it. In the photo above are the energy drinks from Michael Jordan’s limited collection (he is considered one of the best players in the history of basketball), which the seller estimated at $ 16,999!

The first editions of books, especially those that achieved great success, are considered a treasure for some people who compete to acquire and keep them. NS. Rowling, the first novel in the Harry Potter series and Rowling’s first novel. What is distinctive about this edition is that only 500 copies of it were made with a typographical error in the name of the author. Today, the novel is considered a rare edition and was auctioned for £43,500.

The cell phones that we have now, with their wonderful and advanced capabilities, had old early versions. And if you have any, you are definitely in luck. If it is in good condition and still working, congratulations. For example, the first generation iPhones or cell phones released in the 80s and 90s are now on sale for several thousand dollars in good shape and efficiency. For example, two unwrapped iPhone 2Gs sell for $12,999.

Today, the first entertainment in the digital age can be sold for good money, and of course it must be in good condition and still work. It is best if it has never been used! The most popular game is the digital Tamagotchi, which costs $2,000. And portable Gameboy video games that cost up to $6,500, and of course the star of auctions is the Nintendo NES console with all its parts.

Were you a fan of lego? You should now search through your old toys when you were a child, as you may find toys that will put you on the path to getting rich. Popular toys include interactive Furby toys that can go for up to $1,000, as well as the unique soft blue Peanut stuffed elephant. As for Lego, the Darth Vader prototype sold for $9,999. I advise you not to overload your children’s Kinder Surprise games, they are not auction valuables at the moment, but who knows later?

The word “collection” is often associated with stamps or cards, in which case the collection is valued based on the number of copies preserved, and the condition of those copies. For example, one of the most valuable cards is the Pokemon Pikachu Illustrator cards, and the reason is that there are only 6 of them in the world. Therefore, the price of one of them may reach 150 thousand dollars!

Sometimes the cover is worth more than what’s inside, an example of this is the Beatles album Yesterday and Today’s rare cover version, where they are depicted in white butcher coats with baby dolls and bits of raw meat. That is why it is called the “butcher’s wrap”. This cover was auctioned for $12,5,000, and the songs themselves will certainly be online.

Rare coins are one of the most popular items for auctions and antiques. An example of these coins is the 2 euro coin, which was introduced into circulation in 2007, and only 20,000 pieces were issued, which was issued to commemorate the death of the wife of Prince of Monaco Rainier III, and the former American actress Grace Kelly, and the price of each was between 600 and 1000 euros.

Another rare coin, 1 Italian cent was issued in Italy more than 15 years ago, in 2002, and is currently sold for about 6000 euros, but why? Those coins, they had the same design as the 2-cent coins.

Since we are talking about old valuables, we suggest you to read ⇐ This was the primitive form of many of the products we use today in their sophisticated form

Do you have any of these old things and intend to sell them in order to take your first steps to getting rich? Share with us what you have and do you intend to sell it or would you rather keep it for memory? We will wait for your comment 🙂 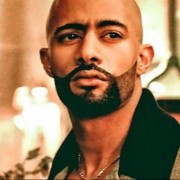 With Product You Purchase

Go to the Arqam options page to set your social accounts.